For the latest updates on UW–Madison plans and responses related to the COVID-19 pandemic, visit covid19.wisc.edu.

Please note visitors are not allowed in UW facilities and employees are working remotely. 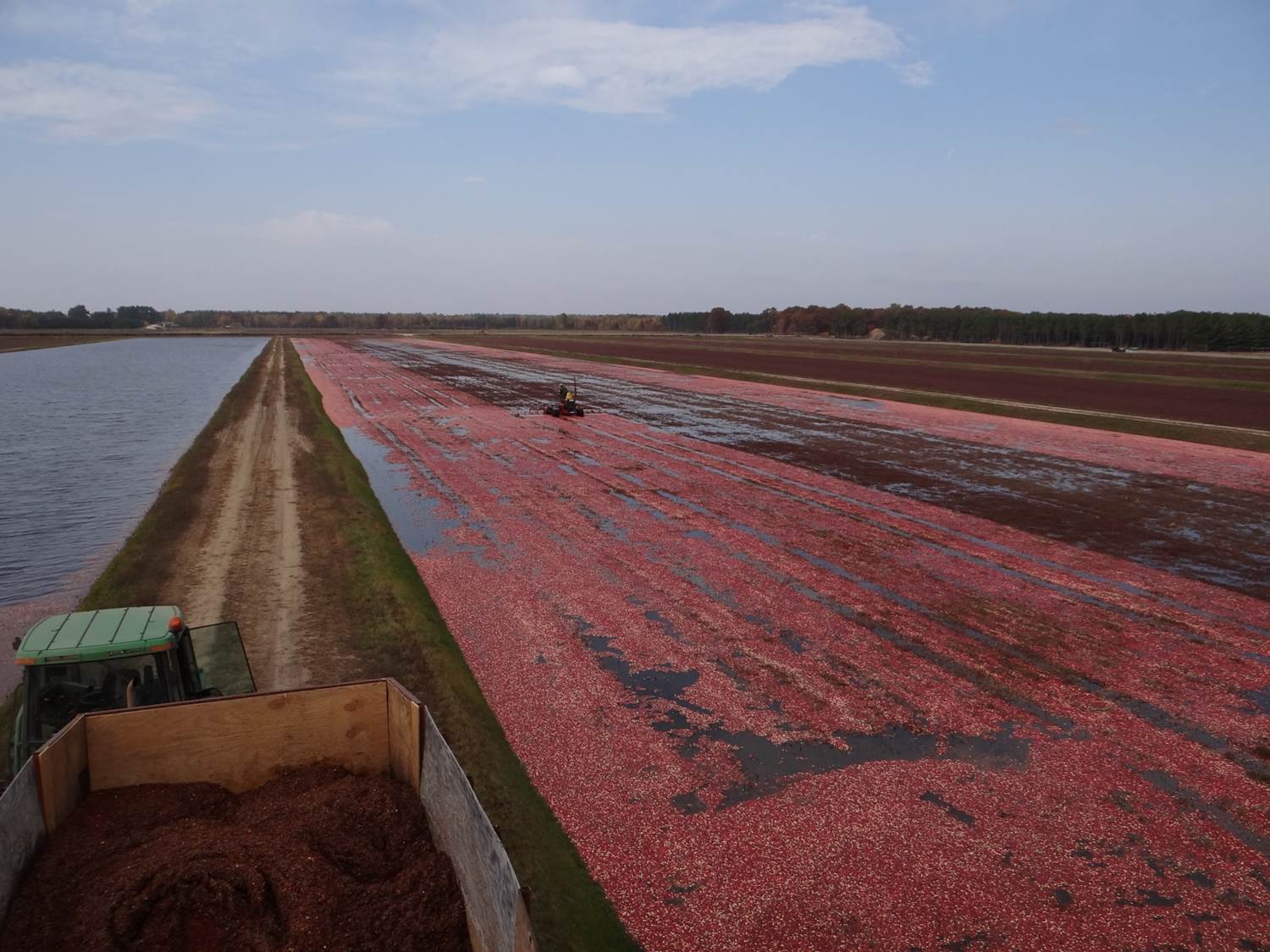 In academia, we have a time honored approach to publication known as peer review. This is a rigorous process by which scientific papers are carefully and critically reviewed by an anonymous group of fellow scientists before being published in a scientific journal. Popular media, on the other hand, is not filtered through such a process. Although most magazines and newspapers have an editor who gives the ultimate go-ahead for publication, “facts” are not always checked. With a constant tidal wave of media, it’s sometimes difficult to parse out the facts from the fallacies.

Case in point: the fall 2014 edition of edibleMadison, a magazine focused on local food, featured a cover story about cranberries. Having spent the past 6 years conducting research in Wisconsin cranberry marshes, I was thrilled to see cranberries highlighted in their issue just in time for Thanksgiving. Upon reading the article, however, I was terribly disappointed by the misleading representation of conventional cranberry production which the author uses to promote organic cranberries. I have no problem with people promoting organic agriculture, but I do have a problem when it is promoted through the dissemination of misleading and inaccurate information. Although this article was full of inaccurate statements, I will address just a few of the most egregious.

First, many of the criticisms about cranberry production presented in this article are not unique to cranberry. For example, the statements that “the same environment that produces juicy red fruit attracts…plant destroying insects…fungal diseases…and…plants considered noxious weeds” and “for maximum productivity, cranberry bogs must be virtually free of any species of floral or fauna that may inhabit a bog…[or] productivity could be sacrificed” are true of ALL agricultural systems (both conventional and organic) and home gardens. Anyone who has tried maintaining a home garden knows that weed and insect control are two of the biggest challenges to overcome for a successful harvest.

Second, the author provides no basis for comparison with other crops. The article reports that the USDA found “13 pesticide residues on… cranberries” implying that this finding is extreme. If you are to search this same website from which the author extracted this information, you will learn that the USDA found 47 pesticide residues on apples, 52 on blueberries, and 56 on grapes. My point is not that we should simply accept that our food contains pesticide residues, but that these numbers should be put into perspective. In comparison to other crops, the pesticide residue found on cranberry is actually quite low. This is the result of years of dedicated integrated pest management (IPM) practices used by cranberry growers to reduce their use of harmful chemicals and making use of alternative pest management practices.

And finally, the significant use of water in cranberry production is misconstrued as just another way that conventional cranberry production is bad. Cranberries are a native plant of the wetlands, not a dry land plant. It is true that cranberry growers use a lot of water throughout the season, but this is mainly non-consumptive use in which growers simply move water from one location to another before returning it to a large reservoir. This is exactly why cranberries are grown in a part of the country where water is plentiful such as Wisconsin and not in a place like central California. If anything, cranberry growers should be commended for employing an innovative method of pest control (i.e., flooding) that replaces the use of chemical pesticides. Moreover, the use of water in cranberry production is a standard practice in both conventional and organic production.

Wisconsin cranberry growers are leaders in the agricultural industry when it comes to environmental stewardship. They own and preserve, on average, six times as much non-crop support land than cultivated land surrounding their marshes which provides a huge amount of habitat and reliable water resources for wildlife. This article was a terribly disappointing portrayal of conventional cranberry production. Providing misleading information in order to create an “alarm response” in order to promote organic production is unfair and irresponsible. Many readers will likely take this article to heart and run out to find organic cranberries at their local grocery store. If I had not spent the past 6 years working with cranberry growers, I too may have believed this article. The edibleMadison article on cranberries was an eye opener and a reminder to be a little bit skeptical when reading articles from the popular press.

This article was posted in Lab Blog.