While many spend the final days of October perfecting Halloween costumes and nibbling on sweet treats, bat enthusiasts around the country gather for the annual Bat Week: October 24-31, 2016.  This national, week-long event works to raise awareness around bat conservation and dispel many of the fears and misconceptions about our flying friends.

Hosted events, like the Wisconsin Bat Festival at the Milwaukee Public Museum, are great opportunities for scientists and conservationists to educate the public regarding the threats to bat populations and the ways that we can help.  With over 1000 attendees, Amy Wray was excited to share her passion for bats with many first time visitors.  “Through public outreach and activities for kids, we can encourage the next generation of bat scientists,” Wray says while explaining some of the interactive stations at the Wisconsin Bat Festival and Great Lakes Bat Festival, including this Mist Net Demonstration. 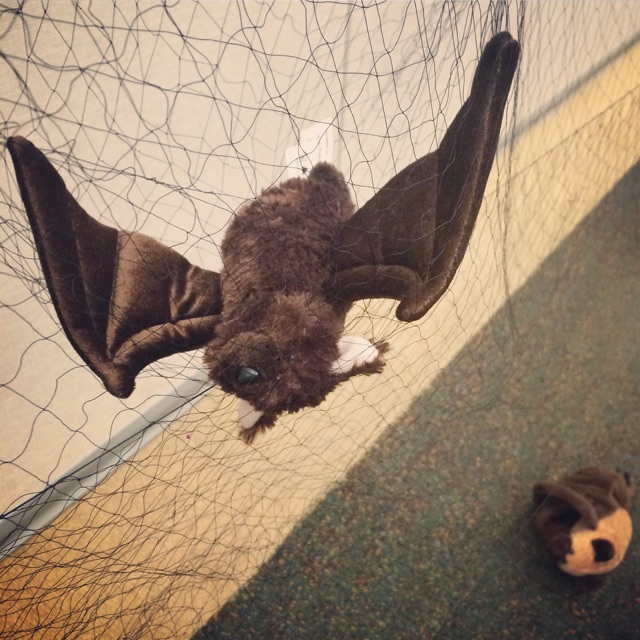 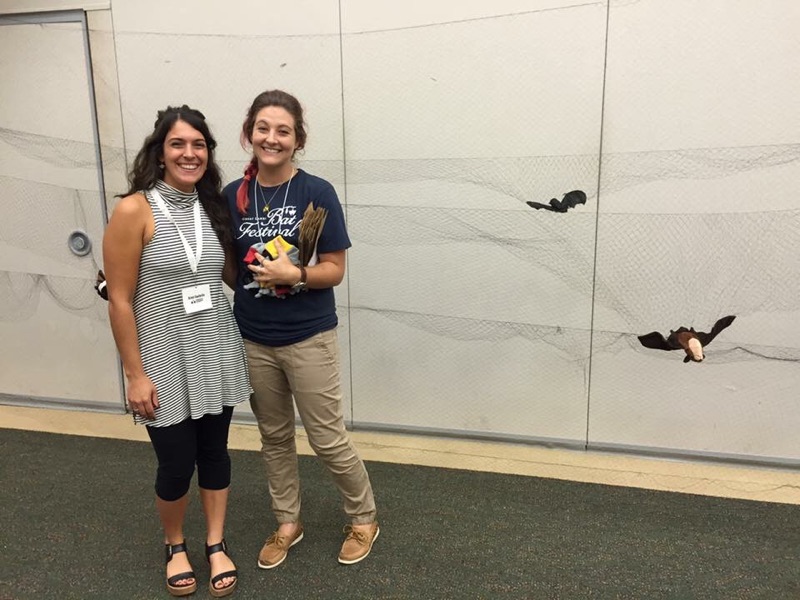 #Batweek maintained a strong presence across many social media platforms as bat supporters shared photos and facts about the important role bats play within our ecosystems. It is estimated that bat populations contribute between $3.7 – $53 billion to the agricultural industries (Boyles 2011).

Additionally, Wray presented some of her work on White Nose Syndrome at this year’s North American Symposium on Bat Research in San Antonio, Texas.  Amy and her team are looking at the pre-White Nose Dietary baselines of bats in Wisconsin.  Using black light trapping and bat surveys, they are investigating the insect communities available in bat’s foraging landscapes.  The team is using bat guano and DNA sequencing techniques to verify the insect community data.  The display case below demonstrates the wide variety of insects that bats feed upon. 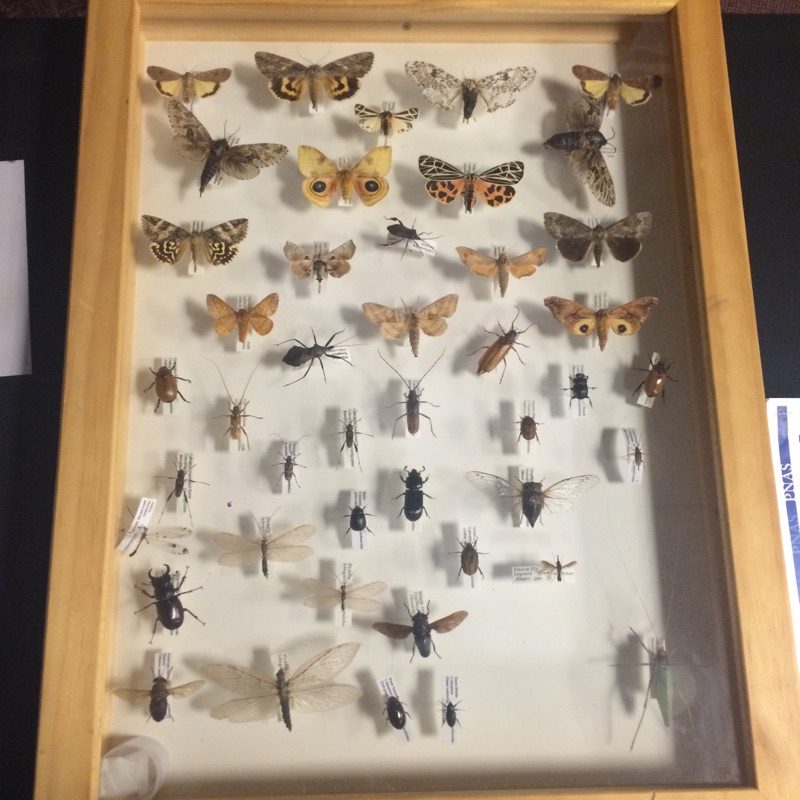 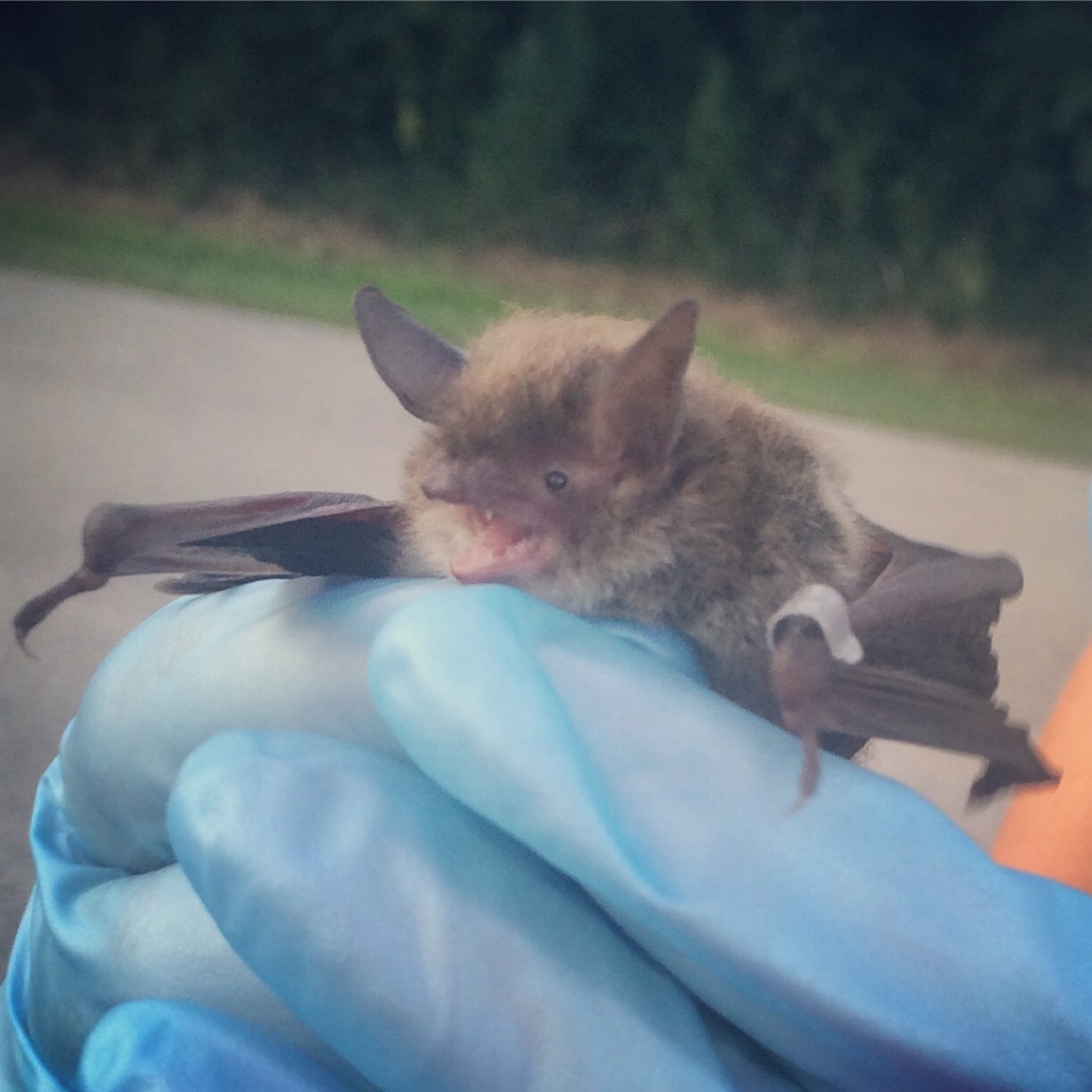